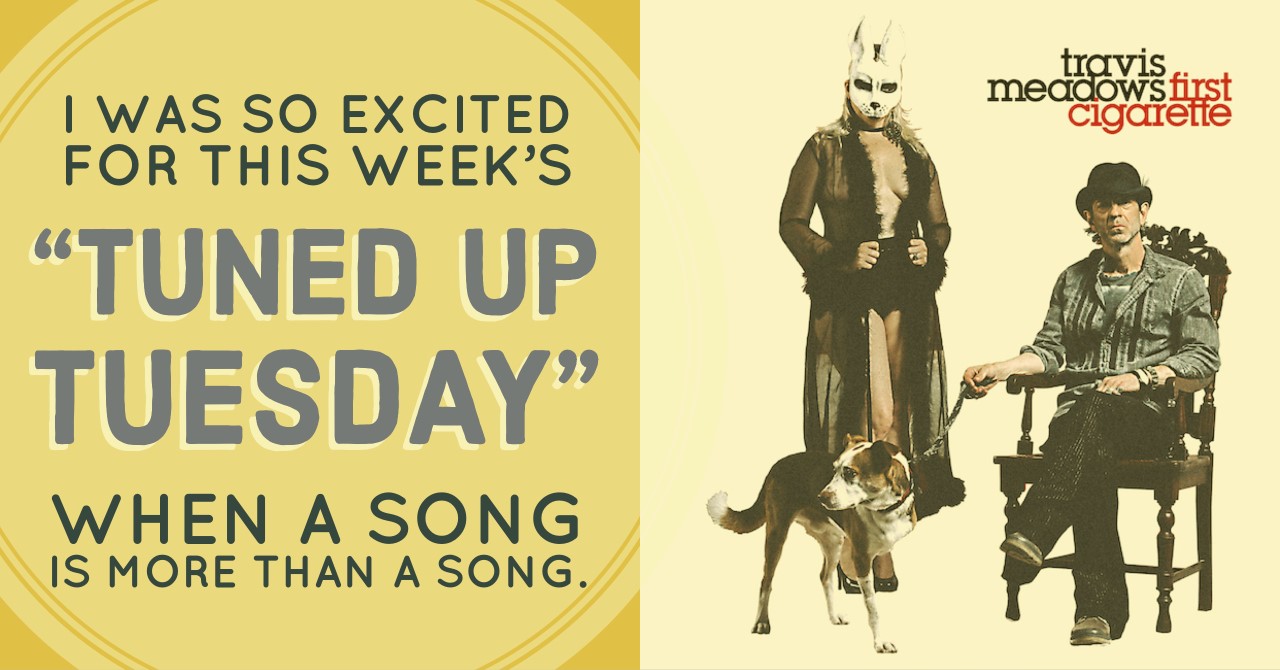 Every week we do a segment called “Tuned Up Tuesday.” It gives us a chance to connect with our audience and give an insight to the kind of music Reyn and I listen to once we are outside of the workplace. This week the artist I chose was Travis Meadows.

I remember I had just bought Blackberry Smoke, “The Whippoorwill.” It was one of the first albums I’d purchased in a long time that I could listen to the entire record, start to finish, and not want to skip anything. I listened to it over and over. What really stuck out to me, was a song called “Pretty Little Lie.” Being a musician myself, I quickly looked at the CD’s credits to see who all of the songwriters were for that track. When I did, I noticed a name I’d never seen before. Travis Meadows. So, I googled him.

I was blown away. His songs spoke to me unlike any other artist I’d heard before. The songs were truth, pain, remorse. The songs were real life. Since discovering him by accident, I’ve read his name in Rolling Stone magazine. I’ve watched his songs become title tracks for artists like Jake Owen (What We Ain’t Got) and Dierks Bentley (Riser). From Country Music mega stars like Kenny Chesney (Better Boat), to the new and upcoming outlaws, Whitey Morgan and the 78’s (Bourbon Blues).

Travis Meadows is the real deal. I hope you take the time to search for him and dive into his songs like I did. I hope they speak to you like they spoke to me. I hope you get the same comfort in hearing his stories as I did. Sharing a lot of the same inner demons as Travis and witnessing his success gave me hope in a hopeless time. You can overcome obstacles. You can be a better you.

From a guy still building his “better boat.” Thanks, Travis.