Posted About Three Months Ago

Luke Combs and his wife, Nicole, have whittled name choices for their baby boy down to a "shortlist" but they aren't sharing any of them. The couple is expecting their first child this spring, and according to People.com, Luke recently told Audacy's Rob + Holly, "(The name) is tight-lipped, but we are in talks . . . There's a theme. I'm good."

Luke has big plans for raising his son, saying, "I would teach him to sing, teach him how to eat a cheeseburger, (and) I could afford a good coach. I have been pawning the takeover of the Nashville little league in the next five years – finding the best kids,  building this unstoppable little league team."

So far, Luke and Nicole have not announced the baby's due date. 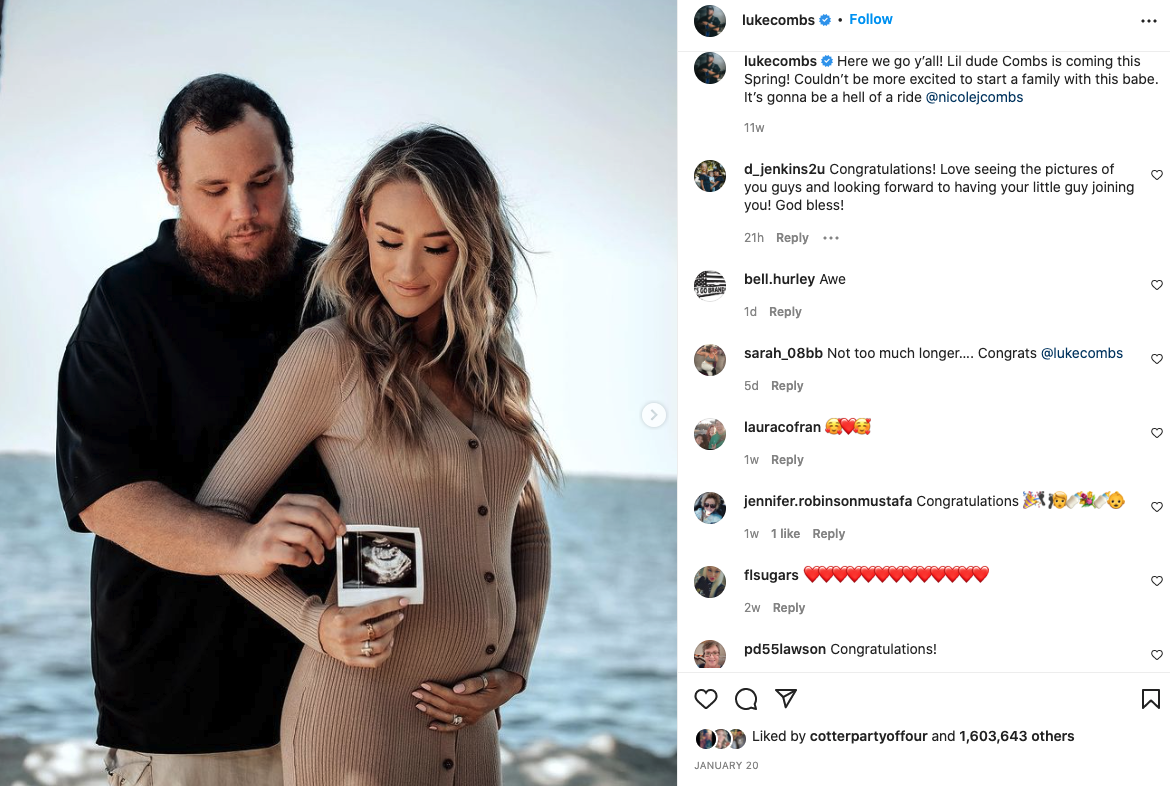