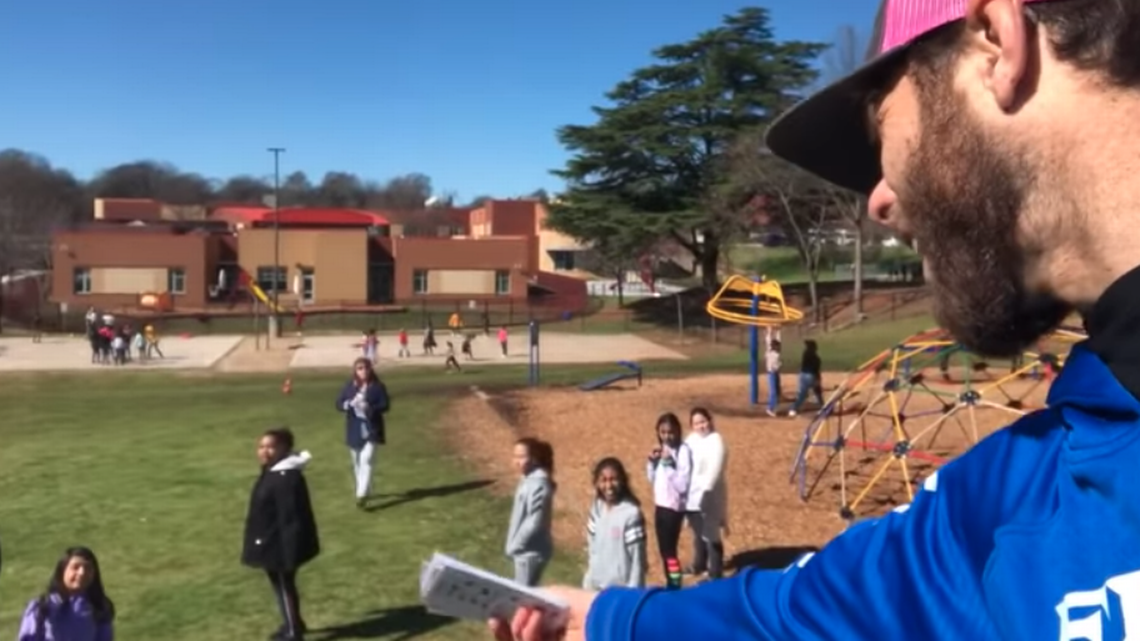 This was part of our "World of Weird" segment this morning on air. A prominent flat-Earther named Nathan Thompson was arrested in South Carolina the other day after he walked up to an elementary school playground and badgered kids with his flat-Earth nonsense.  He livestreamed the whole thing on YouTube.  Now he's facing charges for disorderly conduct.

I don't think his message set in with the kids, as you can hear one of them out of the group call Nathan "crazy" after passing out his flyers.