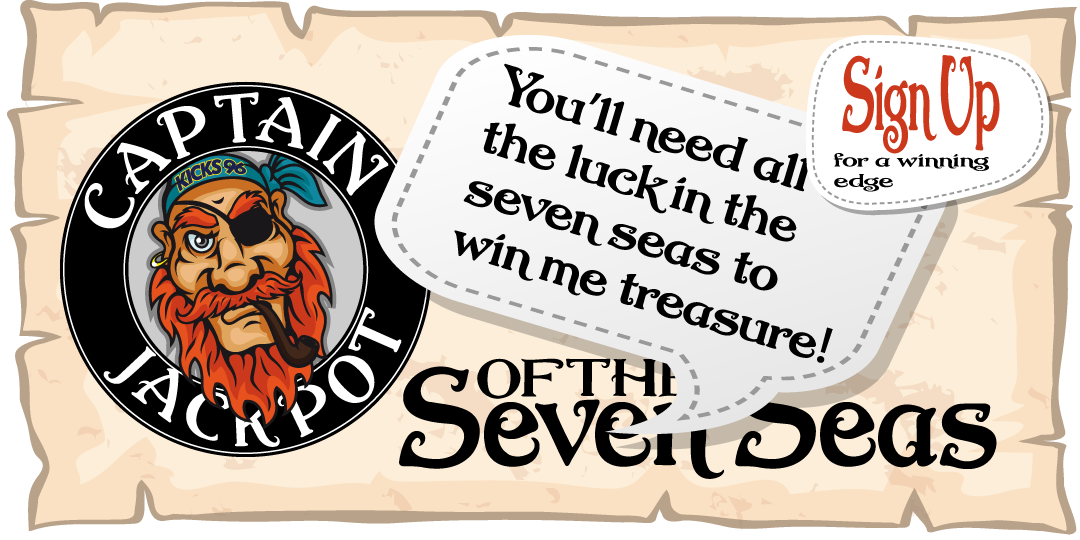 Join the Kicks Country Club by registering below.

Being a Kicks Club Member means you will receive random hints and tips in periodic emails to help narrow down where the ships can be found. 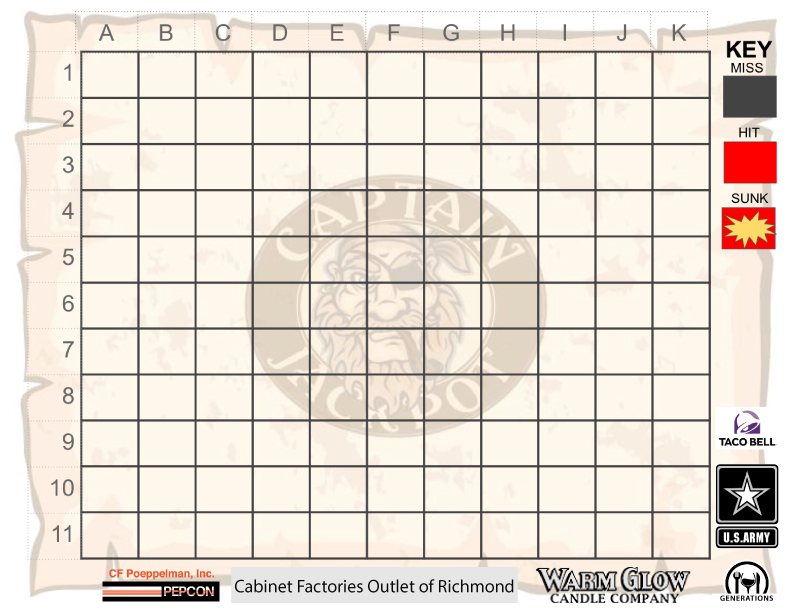 The basic Captain Jackpot rules and instructions for playing the game are each player/caller calls out one shot (or coordinate) each turn in an attempt to hit one of the ships.

To “hit” one of you the ships, you must call out a letter and a number of where you think one of the ships is located.

Once a shot is called, the air personality will call out “hit” or “miss.” If one of the ships are hit, a red marker is placed in the location of the ship that was called out.

Once all spaces of a ship have been hit, the ship has sunk and must be removed from the ocean. Air Personalities will then announce which ship has sunk and the player will win a coordinating prize previously designated to the ship.

If a player’s shot hits a ship, they may take another turn until they either sink a ship or miss.